Rudolph caught on trail camera by Christmas lights on edge of Exmoor, then poses for the houseowner to take photos, before raiding their bird feeders!

Having followed one particular magnificent Exmoor stag for several years, which had taken to visiting various gardens on the edge of town, I set up several remote wildlife cameras to get footage of him across the seasons.  Coming up to Christmas I had rather a pleasant surprise when finding I had captured footage of him coming to view the Christmas lights. 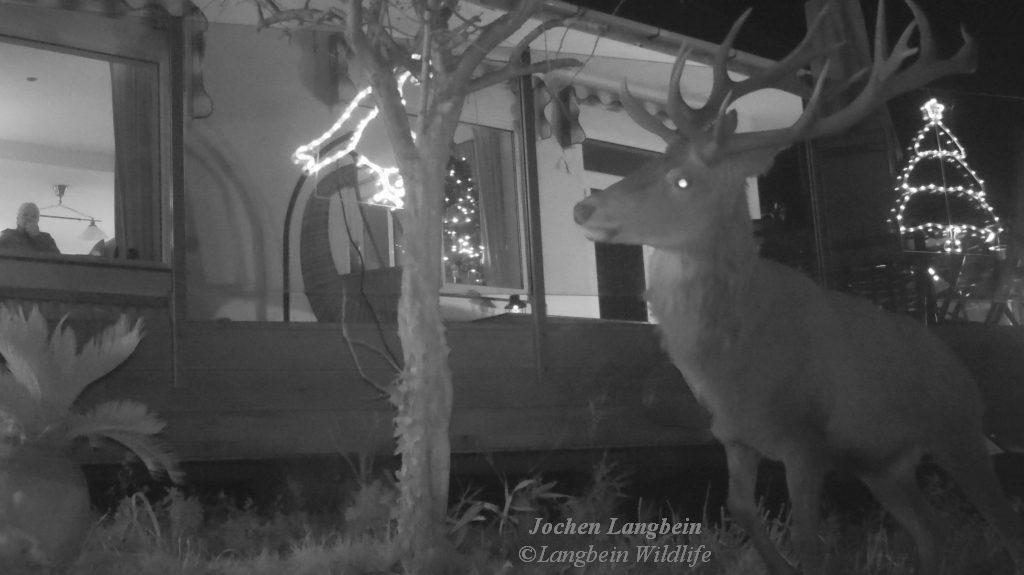 The owners of the house also spotted him looking in through their windows, and he even posed for some photos when the lady of the house  quietly went out to see him.  (see video below)

Later on in the above video “Rudolph” is seen attempting and succeeding at carefully dislodging a bird feeder with his antler tips and then eating the contents.

This is a trick which I had also filmed him perfecting earlier in the year here and in another garden. More on this in my earlier post : Wily old stag uses antler tips to dislodge bird feeders …. again and again !