In July wild red deer stags are at their most tolerant of each other. Many will join all-male bachelor groups, commonly 5 to 15 strong, though occasionally – as in the video clip below – much larger aggregations may be seen.

Meanwhile, young red deer calves born during May and early June, that had been hiding away in dense cover most of the day for the first few weeks of their lives, start to become easier to see out in the open during this month. in July they begin to join female herds for at least part of the day. At other times they may form ‘nursery groups’ of several calves,  often looked out for by one or two mature hinds staying close-by whilst the rest of the herd is grazing further afield. This often leads people to think they are seeing twin calves, though twins are actually quite rare among red deer, as indeed they are among fallow deer and sika.  For roe deer, by contrast, twins are not at all uncommon and even triplets may occur occasionally.

Red deer hinds with young calves nearby tend to be especially vigilant and will bark loudly at any sign of perceived danger, …. such as for example an amateur cameraman hiding in among the bushes! (as you will see in the video above)! 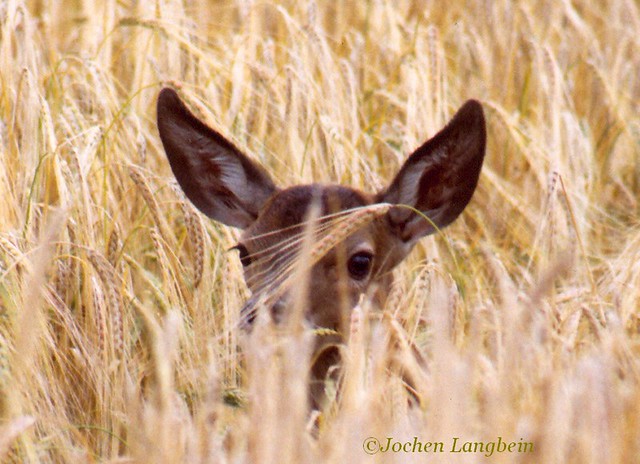