In early June this year during a walk on the edge of Exmoor I was thrilled to stumble across a newly born deer calf lying up concealed among nettles and brambles. Most deer calves hide up quietly on their own for much of the day during the first few weeks of life, and the mother returns only briefly a few times each day to suckle them.

Photographing young calves in the wild without disturbing them becomes easier in late summer when they start to follow their mothers and join the rest of the herd.  Having had little chance to observe calves again until now – the first week in September – it is quite staggering to see how much they have grown even though most are still barely 12 weeks old. 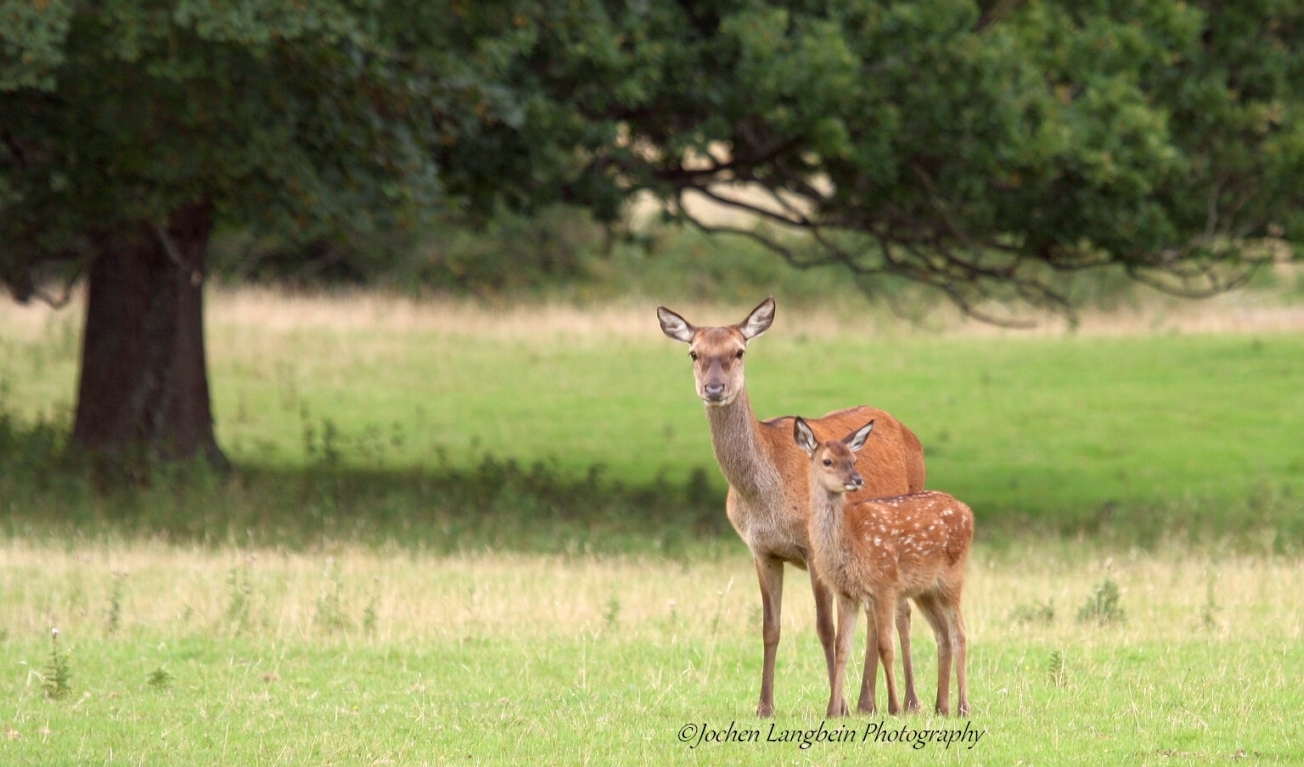 See below for a video clip from earlier this summer when calves were just 3 – 4 weeks old :

Meanwhile the stags have been chilling while regrowing their antlers :

Meanwhile the stags have been chilling and regrowing their antlers